It’s not by chance that God often uses the picture stories of gardening to teach basic biblical concepts.  It is also no coincidence, but by God’s providence that life began, ended and began again in gardens. 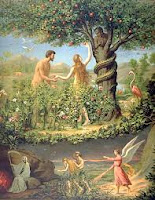 Life had its beginning in a garden.  It was there in Eden where God place the creatures He created ending with the crown of His creation Adam and Eve.  It was also there from the fruit of a tree that sin was brought into the world.  Due to this sin, in His great love, God declared man to die.  This may sound like an oxymoron or some sick response, especially to those who may be grieving the loss of a loved one.  Yet declaring that each person will die was truly a blessing from our very loving God.  For if people were to never die, we would continue to live in this sinful world forever.  Instead, this earthly life has an end and those who believe in Jesus as their Savior will spend eternity in a paradise that can never be tainted by sin.  In heaven there is no sin, no tears and no more death. 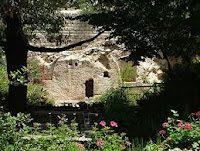 There is another story of death and life occurring in a garden, one that is just as familiar, maybe even too familiar.  Satan taking on the form of a serpent hanging out in a tree and using the fruit from that tree started the temptation leading to sin.  Yet, on another tree cut and bound into the shape of a cross this sin was overtaken.  Here Jesus gave up His life for all sinners wiping out every sin from the beginning to the end of time.  The sentence of death was once again defeated when the garden tomb where Jesus’ body had been  laid was echoingly empty on that first Easter morning.   Jesus victoriously defeated death by coming back to life.


Life, death, life, the cycle of garden activity and even more, the story of creation and salvation.  We don’t know what heaven will be like, but if God is showing us a pattern, might it not be something like a beautiful, lavish garden?  No matter if it is or isn’t we know completely and confidently that it will be perfect and we will be forever with Jesus.  Oh, that we were there! (JH)